One of the most ambitious competitions on the Italian scene, the Ginko Art Award seeks emerging talents from the world of contemporary art, selecting no more than ten authors from all continents each year.

The competition, now in its third edition, aims to give visibility and voice to those artists who best know how to express the spirit of today art.

Take part too! Your personal exhibition in one of the most suggestive locations in the center of Rome, a few steps from the Colosseum and Circus Maximus: the Ex Cartiera Latina.

Prize: Exhibition // Curation and set up // Catalog // Press office online & offline // Sales management during and after the exhibition period // E-commerce to sell online.

Don’t miss this opportunity, other artists are already participating in the competition. 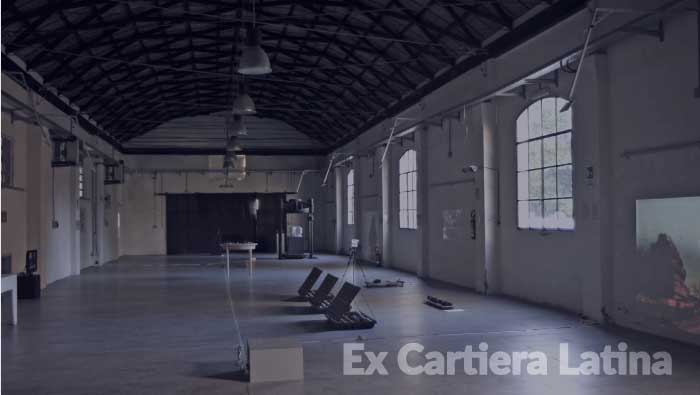 The “Ex Cartiera Latina” (an old paper mill), among the few surviving industrial plants in the city of Rome The paper mill is a unique building of its kind, is in the heart of Rome close to the Aurelian Walls, a few steps from the Colosseum , brush along its entire length from the Almone river.

the first evidence of the production history of this place dates back to the year 1061 when here there was a structure used for fulling woolen cloths, the “valca”, used since 1600 by the Capuchin Fathers for the realization of the woolen fabrics produced in their convent of Rome, at the beginning of the 19th century it was transformed into a mill to grind natural substances for different uses. In 1912 the plant was modified and the production of paper from linen and cotton rags and later from waste paper began.

Today the multifunctional buildings of the “Ex Cartiera Latina” has two exhibition rooms (Nagasawa and Appia) and a Conference Room. The final exhibition of the Ginko Art Award competition will take place in the Nagasawa Hall, named after the great Japanese artist.